A NATIONWIDE PRACTICE BASED IN ST. LOUIS, MISSOURI

At Goldstein and Price, L.C., we have successfully represented clients in state and federal matters involving admiralty and maritime law, insurance coverage, toxic torts and environmental law, and trial and appellate practice for 60 years. From our central location in St. Louis, Missouri, we provide regional and nationwide representation for clients at both the trial and appellate court levels.

Our firm began as a maritime specialty practice, but has evolved over the years to meet the needs of our clients. Today, our lawyers devote their efforts principally to representing clients in four main areas of practice:

We have specialized in admiralty and maritime law throughout the sixty-year history of our firm. 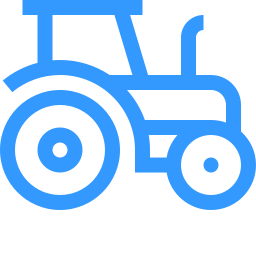 For businesses that grow, process, distill, label, ship, transport and bring to market the world’s harvest.

The nature and extent of insurance coverage is fundamental to many civil disputes and commercial transactions.

For barge companies, railroads, manufacturers, agribusiness and insurers, the laws that govern environmental protection, hazardous waste, and toxic torts are an ongoing and important concern.

We have tried and appealed a broad variety of complex lawsuits in state and federal courts throughout much of the United States.

At Goldstein and Price, L.C., we represent the maritime industry, agribusiness, insurance companies, banks and financiers, entertainment operators, railroads, Silicon Valley firms, chemical companies and energy producers in litigation that ranges from seaman’s injury to employment discrimination to catastrophic property and pollution losses. Many of our clients seek our assistance not only as trial attorneys, but also as counselors and transactional lawyers in a variety of commercial matters. The Federal Bankruptcy Court, the U.S. Court of Appeals, the U.S. Coast Guard, and major law firms across the country all have sought our expertise in admiralty and maritime law.

We see the big picture.

What appears to be a discrete problem often is part of a bigger picture including larger strategic objectives, business relationships, financial constraints, and marketplace considerations. We try to understand our clients’ businesses, the goals they seek to accomplish, and the environment in which they operate. Then we creatively put the law to work for their benefit.

A SHORT HISTORY OF OUR FIRM

Goldstein and Price, L.C. was founded on a handshake in 1957 between partners Milton I. Goldstein and Elmer Price. Their guiding vision was simple and straightforward: to represent their clients vigorously, creatively and ethically. “Our feeling is the law is a profession and should be practiced that way,” Goldstein said.

Their principled but aggressive approach not only satisfied clients but won converts. James S. Burrall, then Risk Manager of Walker Towing Co., told the St. Louis Post-Dispatch, about why he hired the firm after being grilled on the witness stand by one of its attorneys: “I was so impressed, as well as being so angry, that I decided I had to have them on my side. They are the kind of firm that responds anyplace anytime.”

Like the industries it serves, and the St. Louis riverfront depicted below in the mid-1960s, Goldstein and Price, L.C. has changed and adapted over the past half-century. But the firm’s membership remains committed to the same fundamental principles that guided its founders: to represent our clients effectively and aggressively within the bounds of legal propriety.

In a case of first impression before the U.S. Court of Appeals for the 8th Circuit, we established the maritime legal right of a vessel owner to petition for limitation of liability against claims brought by the U.S. government. Barges from the tow of our client, American River Transportation Company, a subsidiary of Archer Daniels Midland Company, came into contact with Lock and Dam 25 on the Mississippi River near Winfield, Missouri. The government claims that damages to its lock approach $9 million. Following the appellate court’s ruling in favor of our client on this key legal issue, the case has been remanded to the U.S. District Court for further proceedings.

We obtained a judgment on behalf of Mike’s, Inc., our client, against the Illinois Department of Revenue requiring the Department to refund to Mike’s more than $142,000 in taxes, penalties and interest that had been imposed improperly on Mike’s marine equipment located in Wood River, Illinois.

In a Limitation of Liability proceeding brought by Brennan Marine, our client, after the sinking of its tugboat and drowning of a crew member, the court granted Brennan’s motion to dismiss with prejudice claims for punitive and other non-pecuniary damages under the Jones Act and General Maritime Law.

In a case of first impression, a jury awarded our client, Hunter Marine Transport, compensatory and punitive damages against a Jones Act seaman who had pursued a fraudulent injury claim. Phillips, a deckhand, reported arm and neck injuries. After paying maintenance, cure and supplemental wages for a period of approximately six months, Hunter Marine, his employer, discovered evidence Phillips had lied about being injured at work. Hunter Marine terminated his benefits and employment and Phillips sued. We advised Hunter Marine to counterclaim to recover the injury payments it had made and for punitive damages for fraud. Following a jury trial, the federal court in Illinois entered judgment against the deckhand and in favor of Hunter Marine for more than $100,000.

Tow of barges struck the Eads Bridge, broke apart and collided with a moored casino; towboat owner, our client, faced more than one hundred injury claims and multimillion dollar property damage and business interruption claims, but was allowed to limit its liability to the value of the towboat; we also proved that the stationary casino boat was contributorily negligent

Towboat pushing loaded barges collided with a new multimillion dollar gambling vessel; towboat owner, our client, faced substantial claims for personal injury, property damage, and business interruption, but was permitted to limit its liability to the value of its towboat

In a case of first impression, the 8th Circuit, upheld marina’s exculpatory clause against negligence claims arising from fire losses

Successfully defended barge line against claim of embarrassment to navigation

Upheld seizure by Eagle, our client, of 42,179 tons of woodchips that had been conditionally discharged from barges onto land, based upon a maritime lien claim supported by contract terms we had drafted; denied Marubeni’s motion to vacate